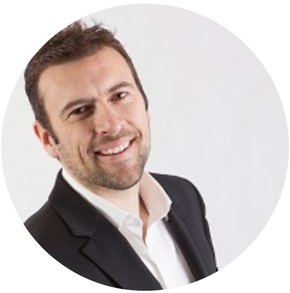 Jason Smith is the founder and Executive Group Director of the Back In Motion Health Group, one of the worlds most respected & leading fastest growing brands.

Together with his wife they founded the Back In Motion Health Group in 2000 with the vision of becoming the industry leaders and No 1 provider of physiotherapy and related services.

With more than 50 locations, 30 franchises, 260 staff in 4 states.  Back In Motion is currently rated by the prestigious BRW magazine as Australia’s top 10 fastest growing franchise for 2008, 2009, 2010 and 2011 –  and was winner of the FCA Emerging Franchise System of the Year 2008 (Vic/Tas). Awarded the FCA National Franchisor of the Year 2009 for Social Responsibility because of the work they have done through their not for profit SOS Foundation.

Jason is recognized as an expert  in the field of Physiotherapy, Leadership, business development, Strategic planning, executive mentoring, franchising.

He’s the author of the international bestselling book ‘Get Yourself Back In Motion’ and was profiled in a No.1 Best Selling book titled ‘Top Franchise CEOs: Secrets Revealed’.

For more than 20 years, Jason has travel and taught internationally, speaking to and motivating thousands of people in over 23 countries on how to improve there health and create business, personal and financial success. Having over 300,000 patients delivering more than 1million physiotherapy consultations a year.

Jason’s appearances on many television programs, regular Radio shows plus articles published in newspapers and magazines nationally and internationally, have made him a sought-after speaker & consultant on the international stage.

Jason graduated in 1997 with honours from the School of Physiotherapy Melbourne University, awarded Dux of his year, and topping the Dean’s Honour List 3 years consecutively, he also achieved Edith Pratt Memorial Award.

He is a fellow member of Australian Physiotherapy Association, Physiotherapy Business Australia, Waverley Christina College council, Australian Institute of Company Directors and a member of the Franchise Council of Australia, Exclusive CEO Groups, and is the founder of the Iceberg Institute. And he’s the founder & chairman of the not for profit SOS Foundation.
​
Jason and his wife believe passionately in using their skills and resources to reach out and impact the lives of those less fortunate. Their profits help fund numerous welfare organizations, church-work, community support and medical programs for developing countries.

He Lives in Melbourne, Australia with his wife Paulina and their 3 children.