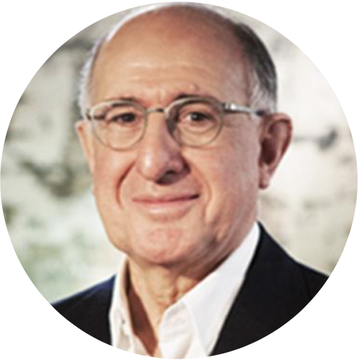 Ken Costa is a successful businessman, banker, author, speaker and one of the driving forces behind Holy Trinity Brompton, London and Alpha.

​Ken served as Chairman of Lazards International, from 2007 to 2011, following a 30-year career, culminating as vice-chairman, at UBS Investment Bank. He has been involved in many rainmaker deals, including the sale Harrods to the Qatari royal family in 2010. Ken now runs his own consulting firm, and in 2016 he was nominated as one of the top deal advisors of the last twenty years in Europe.

Besides his commercial work, Ken has spent much of his adult life involved in the leadership of Holy Trinity Brompton (HTB), the largest Anglican Church in the UK, where he preaches regularly. Until recently he had served as chairman of Alpha International since the early days of its existence. He is dean of the HTB Leadership College London, which trains those in their twenties and thirties to be distinctive Christian leaders in their workplaces and he is also chairman of Worship Central, a movement promoting worship events and courses across the globe. It was through HTB that Ken got to know the current archbishop of Canterbury, Justin Welby, whose reconciliation and evangelism work he now supports as chairman of the Lambeth Trust.

Ken is author of the successful books 'God at Work' and 'Know Your Why’ and has also released two film series to equip Christians for the workplace. His books have been praised by leaders such as Bear Grylls, Rick Warren, Craig Groeschel, Louie Giglio, Brian Houston, Chris Hodges, Bill Johnson, Justin Welby and many others. Ken regularly speaks and preaches both at Holy Trinity Brompton and at conferences all around the world, particularly speaking into the space of Christians engaging the culture of today.

Ken is married to Dr. Fiona Costa, a classical musician and research fellow at the University of Roehampton, and they have four adult children.